Haven't posted in a while so I thought I'd take a few minutes and get out a quickie. ;o)

Christmas was fantastic! I spent Christmas Eve with Aaron's family in Sherwood Park and had a blast. Dinner was insane, I haven't eaten that much in one meal in a loooong time. Then we all sat in the living room and opened presents... it was great to see everyone so excited. Aaron was a little worried that there would be family drama (apparently a time-honored Christmas tradition), but everyone was on their best behavior and a good time was had by all.

We spent Christmas night at Aaron's parents' house, and woke up (way too) early on Christmas for hot chocolate and Bailey's and Santa Presents! Santa had found some maddeningly difficult-to-open puzzle boxes online somewhere, and each of the kids got one with a $20 bill inside. I was the last one to get mine open but in fairness I think I also got the hardest one. :oP There were lots of other presents too, and I think Aaron came out the winner with a shiny new XBox 360 to play with. After presents, it was time to go back to Auntie Linda's house for more food, leftover from the previous night's gluttony.

All in all I had a wonderful time, with the best part being that our first real Christmas together was pretty much drama-free. This time last year, Aaron wasn't out to anyone in his family so it was great that everyone was so welcoming and accepting of my presence. I've been made to feel like part of the family, and I couldn't have asked for a better Christmas gift.

Today we're off to Fernie for what's looking to be a fantastic ski weekend slash New Year's party! I'm sure I'll have more to blog about next week, hopefully with pictures!
Posted by Greg at 11:49 AM No comments:

Where you been all night??

I KNOW you been cheatin on me... lemme smell yo' dick!

And of course the obligatory musical accompaniment:

I haven't been sleeping well the past few days. Sunday night I got about three hours sleep, Monday night maybe two. I did a little better last night with a whopping five hours!

Hopefully I'll be able to saw a few more logs tonight.
Posted by Greg at 12:32 AM No comments:

Last night I went with my brother and sister to see Religulous, Bill Maher's documentary on religion. I enjoyed it, since for most of the movie Bill was pretty much echoing my own thoughts on the issue of religion back at me, and it's always fun to have someone famous tell you how smart you are. ;o)

You could call me skeptically agnostic. I think it's unlikely that there is a supernatural, omniscient, omnipotent being who created the universe and listens to Littly Jimmy's prayers every night, but I'm willing to concede that it's possible. I think that atheism is almost a religion itself, with its own dogma and its own set of fanatics, and I'm not quite willing to slide that last little bit over to the there-is-no-god side of the religious continuum.

What I do believe, however , is that god does not exist in the form preached by the big monotheistic religions (Judaism, Christianity, Islam). I think that all three of those are patchwork religions, pieced together by taking bits from other religions that came before them and mixing them all together. I think that initially, religion was a way for ancient people to answer the questions they had about their lives and their surroundings. Making up a story about how the sun is a fiery chariot being pulled across the sky is a perfectly reasonable way to explain something that would otherwise be wholly unexplainable. So, people made up their stories, and passed them on to their children, and before you know it, everyone took the stories for granted as being the truth. Eventually, some people figured out that they could take these stories and use them to control the actions of those around them: those who were not in power could use the stories to get power; those that were in power could use the stories to cement it.

Fast forward a few thousand years, and basically the same thing is happening. Parents teach their children about their religion, and after hearing the stories umpteen times the children just learn to accept them as fact. Those who are in power are still using religion to to maintain that power. The only difference is we should know better by now. Back in the Bronze Age, if a respected member of society told you that Earth and the Universe was created in seven days, don't really have a choice but to believe him. We should know better by now. We have all the information available that we could ever want, and yet people still cling to ideas that were conceived thousands of years ago. I don't get that at all.
Posted by Greg at 6:58 PM 4 comments:

TWICE I've seen this picture today, and TWICE my first thought has been "Geez, Michael Jackson is looking extra scary today... why is he in a wheelchair?" Are they really the same person? You be the judge: 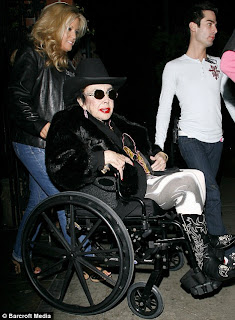 So much to blog about tonight

Pitter patter, let's get at 'er:

A Stupid Thing That I Learned Today

Who knew that John Ratzenberger was in The Empire Strikes Back? Certainly not me! 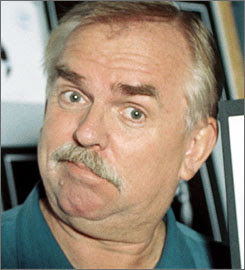 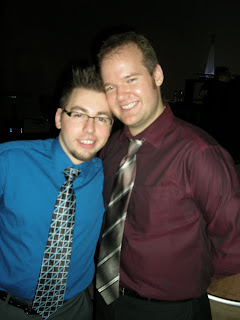 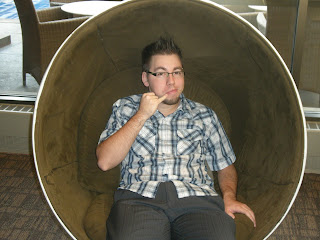