Raincoast Crisps Get Me Wet

Well, not actually… although they are incredibly delicious especially with a nice soft cheese to spread on them.  If you’ve never tried them, I highly recommend it.

One of the ads on the in-seat video screen on our flights to and from Mexico last week featured this picture: 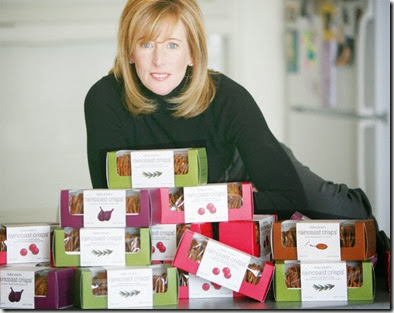 I get that Lesley Stowe is proud of her product, but does it look to anyone else like she wants to mount that whole stack of boxes? 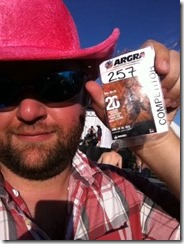 My favorite thing about competing was the atmosphere behind the chutes and the sense of camaraderie between all the cowboys and cowgirls.  Even though everyone is competing, everyone also genuinely wants the other contestants to do well in their events.  I got amazing support from all the participants.  In particular:
The rest of the pictures are posted to Facebook here!
Posted by Greg at 11:58 PM No comments:

We just finished watching the first two episodes of the NetFlix original series “Hemlock Grove”.  The first episode was interesting, but a little slow; episode two definitely made up for that though.  The ending of episode had one of the coolest, and most jaw-droppingly gruesome monster transformations I’ve ever seen!

¡¡SPOILER!!
Don’t watch this if you’d rather be surprised when you watch the show.  If not, check this shit out!

Cocktails I Have Never Heard Of

So, my folks are spending some vacation time down at their place in Arizona, along with a couple of sets of aunts and uncles.

This text is from my sister-in-law, wondering if Mom can bring her back a few things from AZ.  It sounds like they’re having a good time.

RSS never really did catch on with the masses, and I imagine that’s a big part of why Google Reader will be closing up shop on July 1st.  Why maintain a service that’s difficult to monetize and hardly anyone outside of the tech community knows about anyway?  Google Reader is going the way of the dodo as part of a round of what Google is calling Spring Cleaning.

For those of us who ARE in the know and have been using Google Reader (either directly, like me, or indirectly through one of the many apps that syncs to your Google Reader feed like NewsNetWire) for years and love it, the news comes as a pretty big punch to the gut.

Google is offering a way to get your subscription data out as an XML file, but the question is, where do I stick it once I’ve got it?  I guess it’s time to start looking out for some alternate RSS reader.

Well, Look Who Can Buy Me A Beer 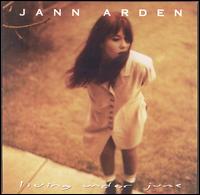 Aux.tv just released their list of 10 Canadian albums that turned 18 this year, and “Living Under June” is in there along with other blasts from my formative years like OLP’s “Naveed” and BNL’s “Maybe You Should Drive”.

Incidentally, Living Under June is still one of my favorite albums.

Songs That Can Choke Me Up

I was driving to work the other day when OLP's 4am came on the radio.  As I was belting along to the song in that way that you only do when you're driving by yourself, I was a little surprised to find that the llyrics were causing a lump to form in my throat.

Music has the ability to stir up powerful emotions in people, and I’m no exception.  I think everyone probably has that list of songs that can just get to them, here are some of mine:

Well, here we are again

I’ve been thinking about this blog more and more lately.  The posts have (obviously) trickled down to almost nothing as I moved more and more of my online presence to other social media platforms.  It’s so easy to post quick notes to to smartphone-integrated sites (Facebook, Twitter, Instagram, Tumblr, Foursquare, Google Plus, etc etc etc) that there’s not a lot of motivation to actually sit and type out my thoughts in a slightly longer-form format.

I think I’m going to try and stop by this neck of the woods more often though.  There’s something to be said for sharing your thoughts in more than 140 characters or a photo that’s been filtered to look like a Polaroid.