I've been doing a lot of cleaning and organizing and packing in preparation for my move back to Edmonton. While I was cleaning out my dresser, I found something that Rachel gave me years ago, and it made me laugh just as much today as it did back then.

Heh, it's her ability to pick on me that made us such great friends in the first place. Thanks Rakel!

Hmm, maybe Ted Haggard could hang one of these in HIS car. Cuz, y'know, he's not gay.

Star Wars: Retold (by someone who hasn't seen it)

For all you Star-Wars affectionados out there. Funny!


Star Wars: Retold (by someone who hasn't seen it) from Joe Nicolosi on Vimeo.

Found via Geekend.
Posted by Greg at 10:07 PM No comments:

This arrived in my Inbox today and made me giggle. 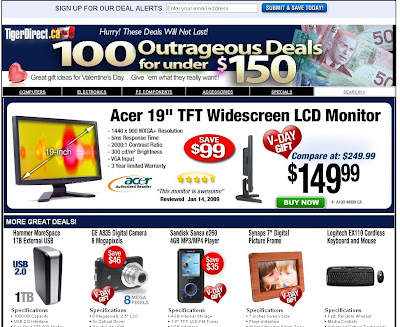 Things That Annoy Me (Part The First) 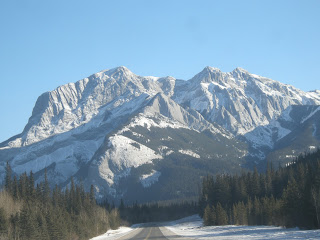 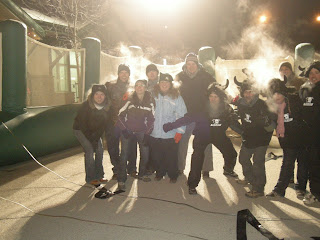 I had a great weekend partying it up in Jasper. And by "partying it up" I mean "being in bed by midnight every night." But with good reason!

Aaron and I ended up getting in to Jasper pretty late on Friday night... I think it was around 11:30. I had intended to be there earlier but on my way to pick him up in Edmonton I got stuck behind a collision on the Walterdale bridge. I was still about halfway up the hill on Queen Elizabeth Park Rd (right here in fact), right beside a small park road. I sat there, not moving for about half an hour, all the while watching people turn off onto the park road. I wasn't sure where the road ended up, but nobody was coming back from the road, so I figured it must end up somewhere that would get me around this traffic jam. I backed up enough that I could turn onto the road and off I went!

Well, it wound its way through the woods for a while, and although the road doesn't show up on Google Maps, I came out here. Yay! Should be easy enough to swing over to Scona road and cross on the Low-Level Bridge, right? Wrong! What I found out is that the last part of 91 Ave is a long, steep, icy hill. When you're driving a standard and you have to stop on a hill, it can already be a little tough getting your car into 1st gear. Now add super slick icy patches into the mix, and let me tell you, it can be downright scary. I got stuck at a point about half way up, where my tires were resting on nearly pure ice, which the person in front of me had polished up by spinning his tires. It took me another 20 mintutes of moving a few inches at a time, reving my engine and spinning my crappy tires to finally get up that damn hill.

So anyway, it took longer than expected to get out of Edmonton... by the time we arrived at the Athabasca Hotel in Jasper I was pretty pooped. It seemed like the rest of the gang was too, though, so we all headed off to our respective rooms not long after.

Saturday was a blast! We had a tasty breakfast at the Soft Rock Cafe, and then puttered around town a bit, shopping and deciding what to do with our evening. After stopping at the Jasper Info Centre, Lesley came up with the awesome idea of entering that evening's Human Foosball Game, part of the Jasper In January festival. It wa soooo much fun! I had a great time, despite the fact that my lungs didn't really appreciate all the running around in -30 C temperatures. I'm mildy asthmatic, and I've been coughing up phlegm* pretty much non-stop since then, but it was totally worth it!!

After cleaning up from being a Human Foosball Player, we went for dinner at the Fiddle River Restaurant. I was still pretty full from snacking all day, so I just ordered a bowl of French Onion Soup. It was pretty good, although they did something to make it a little creamy... I would have prefered just a regular onion broth. It was still tasty though, and everyone else's meals looked delicious, so we wandered out a couple hours later, a happy, and full, crowd. It was getting close to midnight by then, and again, everyone was pooped, so we all shuffled off to bed.

We got to sleep in on Sunday, and just met for brunch at 11:00. We chose the funky and delicious Cafe Mondo, where the food was just as eclectic as the jazz music playing in the background. After brunch, it was time to head back home (after getting a boost for my dead car battery from the friendly Atha-B maintenance guy, Steve). It was still cold on the drive home but the sun was out and it made for a nice trip back.

* Phlegm is one of my favorite words for spelling and pronunciation. It is also one of those great words where the word actually sounds as gross as the substance it describes!
Posted by Greg at 8:40 PM No comments:

I'm just chock-full of new websites to check out today.

You should definitely check out Star-ving. It's a web show staring David Faustino (Bud Bundy on "Married With Children") as himself, in a hilarious and hilariously offensive hyper-reality version of his life.

Today on The Frank DeCaro Show, Frank's guest was the fabulous Christine Ebersole. One of the clips he played was the super gay "The Revolutionary Costume For Today," which I decided immediately upon hearing it that I must have for my collection. I searched and searched, but couldn't find an MP3 of it anywhere.

What I did find however was this cool little site that will automatically convert YouTube vids into the format of your choosing: AVI, MOV, MP4, 3GP, or MP3. It was easy as pie and the result sounded exactly like the YouTube vid!

Now, for your enjoyment, Christine Ebersole!

Things That Would Cause Me To Poop Myself 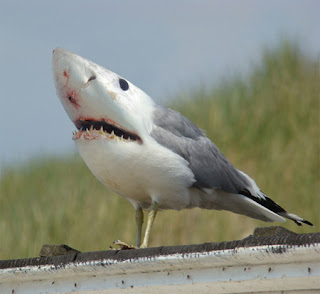 Found via Towleroad.
Posted by Greg at 9:50 PM 1 comment:

I think we can file this under 'Duh'

While browsing around a bit on the site from my previous post, I happened across this article:

Maybe the boys in my province are just extra-pervy. ;o)
Posted by Greg at 8:30 PM 1 comment:

Well, technically it isn't, but it IS self-replicating.

One of the most enduring questions is how life could have begun on Earth. Molecules that can make copies of themselves are thought to be crucial to understanding this process as they provide the basis for heritability, a critical characteristic of living systems. Now, a pair of Scripps Research Institute scientists has taken a significant step toward answering that question. The scientists have synthesized for the first time RNA enzymes that can replicate themselves without the help of any proteins or other cellular components, and the process proceeds indefinitely.

Very cool stuff! And what's even cooler is that they evolve:

Most of the time the replicating enzymes would breed true, but on occasion an enzyme would make a mistake by binding one of the subunits from one of the other replicating enzymes. When such "mutations" occurred, the resulting recombinant enzymes also were capable of sustained replication, with the most fit replicators growing in number to dominate the mixture.

The scientists do come right out and say that their creations aren't actually alive, but they do share some properties of live organisms. I don't think it'll be long before life is created in a test tube.

Discovered via a thread on my favorite message board.

Sometimes I do a New Year's Resolution and sometimes I don't... it all depends on if there's anything I see in my life that I really want to improve on. A lot of the time

My favorite resolution so far is from a few years ago... it was to get out and see more live music. I think this was around 2001... I'd only ever been to a few concerts up to that point in my life, and I didn't like the way the trend was going. So that year I went a little nuts... I think I must have taken in 15 or more shows that I would actually call "concerts", as well as lots of live entertainment at pubs and whatnot. It's been a while, but artists I remember seeing that year include The Tea Party (several times), Ozzy Osbourne, The Tragically Hip, Bif Naked, Social Code, Barenaked Ladies, Wil, Matt Good... and others that I'm sure I'm forgetting.

(Yes, I did have money to burn back then).

This year's resolution involves a little more introspection, although it's not nearly as expensive.

I was always a shy kid back in school, to the point where some people thought I was snobby because I wouldn't talk to them unless they talked to me first. The shyness is something I've battled with over the years, and while it's still there, I'm much better at being able to make a conscious decision to ignore it. I have noticed, though, that even now I'm hardly ever the one to initiate contact with my friends. It's not that I don't like them, or don't want to see/hear from them... and I know that if we did get together we'd have a great time. It's more like it just doesn't occur to me to call them up.

I think this non-contact behaviour is stemming from two different places, both related to my shyness.

First, because I was shy as a kid, I just never really developed the skill of being friendly. I had my friends at school of course, but there were only ever a few that I hung out with outside of school. Old habits die hard, as the saying goes, and my school-age habit of being my own company seems to be no exception.

Second, I've always had a bit of a phone phobia. Strange, right? Back in my teenage years, I'd actually get nervous when I had to call someone, or even if I was thinking about calling someone. It didn't happen all the time, and it didn't seem to matter who the person on the other end was going to be. I distinctly remember one time I had to call a customer support line for a problem with my cell phone; my heart started racing as I was dialing the numbers, my stomach started flip-flopping, and I had to hang up and try again the next day. As with the shyness in general, this has gotten much better over the years. My job at the call center (which I took, in part, as a way to conquer this issue) helped a lot, as did the general boost in self-confidence that happened in my early twenties. Having said that though, I still much prefer emailing or texting to picking up a phone and making a call.

Anyway, this is starting to get long so I'll get to the point. In 2009, I'm going to make a conscious and concerted effort to be more outgoing, and to not always rely on my friends to do the planning. A friendship is just like any other relationship: it takes effort to maintain, and it's high time I started putting more of that effort in.
Posted by Greg at 9:53 PM No comments: